Guarana seed extract is increasingly recognized as one of the most effective ingredients in supplements designed to help the user lose weight. It is an extract from the seed kernel of a South American tropical plant (Paullinia cupana var. sorbilis guaran), and its use as a medicinal herb dates back to 1669. Over the centuries it has been used to ward off headaches, to relieve cramps and fever and more recently as a commercial flavoring in soft drinks. 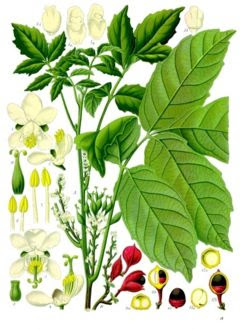 Guarana contains a compound (tetra methylxanthine) that is almost identical to caffeine. Like other nuts and seeds, the guarana seed is fatty. When ground into powder, it is not readily water soluble and therefore not as quickly absorbed by the body as the caffeine from your morning cup of coffee. The stimulant effect of guarana is released slowly, over as much as six hours. Compared to a double jolt of espresso, 50 mg. of guarana seed extract might be looked at as decaf!

Ephedra: A Different Cup of Tea

Guarana seed extract is not related to ephedrine or a ma huang, the powerful nerve stimulant linked with several high-profile deaths before coming under the regulatory eye of the FDA. Ephedrine is the salt of an alkaloid and is very soluble in water. Previously, ephedrine was often combined with caffeine and guarana seed extract, but it is a separate and distinct compound.

Always read labels carefully. Caffeine and guarana seed extract can be powerful adjuncts to help you burn more calories during your workouts. Use them in combination with your workouts for the greatest effect. Make certain your supplement does not contain more than 100 mg. of caffeine in a six hour period, and adjust your intake of other caffeinated drinks accordingly.

Safe Use of Caffeine

We're all familiar with caffeine. Whether you're sipping a latte at your favorite Starbucks or squatting around a tribal fire in the Amazon rain forest, caffeine is the stimulant most widely used by humans. It is contained in the leaves, seeds r fruits of more than 60 plants, and because its use is so widespread, it is a well-studied component of the food chain.

Caffeine can speed up reaction time and enhance the ability to carry out various demanding tasks. Many people find caffeine helps them stay alert to finish their work. caffeine also has thermogenic and mild appetite suppression effect, which explains why it is a common ingredient in diet supplements. The average soft drink contains 40 mg. of caffeine, and the average cup of coffee contains 100 mg.

The American Medical Association's official statement on caffeine's safety is that "Moderate tea or coffee drinkers probably have no concern for their health relative to their caffeine consumption provided other lifestyle habits (diet, alcohol consumption) are moderate as well."

Most experts agree that moderate caffeine consumption is 300 mg. a day, the equivalent to three cups of coffee, but this depends on the individual. The Food and Drug Administration (FDA) has stated that caffeine does not adversely affect reproduction in humans, although the agency continues to advise pregnant and lactating women to avoid caffeine.
at June 13, 2008
Email ThisBlogThis!Share to TwitterShare to FacebookShare to Pinterest
Labels: health and wellness