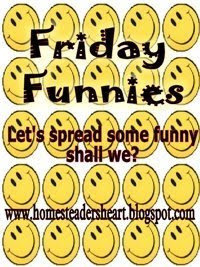 Here's a hilarious collection of jokes between Man and Woman and jokes on marriage and wedding. Happy laughing!
-o-
A successful man is one who makes more money than his wife can spend.
A successful woman is one who can find such a man.

Before marriage, a man yearns for the woman he loves.
After marriage, the "y" becomes silent.

My wife told me I should be more affectionate.
So I got two girlfriends.

A husband said to his wife,
"No, I don't hate your relatives. In fact, I like your mother-in-law better
than I like mine."
A man meets a genie. The genie tells him he can have whatever he wants
provided that his mother-in-law gets double. The man thinks for a moment and
then says, "OK, give me a million dollars and beat me half to death."

The honeymoon is over when the husband calls home to say he'll be late for
dinner and the answering machine says it is in the microwave.

Men who have pierced ears are better prepared for marriage.
They've experienced pain and bought jewelry.

How do most men define marriage?
A very expensive way to get your laundry done.

A little boy asked his father, "Daddy, how much does it cost to get
married?"
And the father replied, "I don't know, son, I'm still paying for it."

A man said his credit card was stolen but he decided not to report it
because the thief was spending less than his wife did.

Love is blind but marriage is an eye-opener.

The most effective way to remember your wife's birthday is to forget it
once.

Cosmetics: A woman's way of keeping a man from reading between the lines.

Words to live by: Do not argue with a spouse who is packing your parachute

Boring husband: Honey, why are you wearing your wedding ring on the wrong
finger?
Bored wife: Because I married the wrong man!

Marriage is grand -- and divorce is at least 100 grand.

When a man opens the door of his car for his wife, you can be sure of one
thing: either the car is new or the wife.
Before marriage, a man will lie awake all night thinking about something you
say. After marriage, he will fall asleep before you finish.

Bachelors should pay more taxes, they enjoy a better quality of life.

A woman rushed home from work and exclaimed to her husband, "Pack your bags,
I've won the lottery!"
The husband excitedly asks, "Should I pack clothes for cold or warm
weather?"
She says, "Pack'em all, you're leaving!"

A couple came upon a wishing well. The wife leaned over, made a wish and
threw in a penny. The husband decided to make a wish, too But he leaned over
too much, fell into the well, and drowned. The wife was stunned for a moment
but then smiled, "It really works!"

Two women friends meet on the street, but they haven't seen each other for
years. As they are talking one women notices that her friend has a 5 carat
diamond ring, and says "My what a magnificent ring." Her friend relies,
"Yes, it is, but unfortunately it comes with a curse. It comes with my
husband!"

Every man wants a wife who is beautiful, understanding, economical, and a
good cook. But the law allows only one wife.

One woman's hobby is another woman's hubby.

Many a man owes his success to his first wife and his second wife to his
success.

I recently read that love is entirely a matter of chemistry. That must be
why my wife treats me like toxic waste.

A man is incomplete until he is married. After that, he is finished.

I'm an excellent housekeeper. Every time I get a divorce, I keep the house.

We in the industry know that behind every successful screenwriter stands a
woman. And behind her stands his wife.

Marriage is when a man and woman become as one; the trouble starts when they
try to decide which one.

Marriages are made in heaven. But so again, are thunder and lightning.

If you want your wife to listen and pay strict attention to every word you
say, talk in your sleep.

Happy Friday!!
at May 15, 2009
Email ThisBlogThis!Share to TwitterShare to FacebookShare to Pinterest
Labels: Friday Funnies